It seems an NFL veteran who plays a position of need for the New England Patriots could become available on the trade market.

Those around the league believe the Philadelphia Eagles could explore trade options for tight end Zach Ertz, according to ESPN’s Jeremy Fowler. Fowler noted how Ertz is “bracing for a change of scenery via release or trade.”

The report did, however, include Eagles quarterback Carson Wentz. Wentz, as you may recall, has been among the many signal-callers rumored to be available via trade.

The Patriots certainly should be interested in Ertz, who will carry a base salary of $8.25 million in 2021.

If Fowler’s suspicions about the Eagles attempting to make a package deal for Wentz-Ertz prove true, however, it could lessen the Patriots interest. After all, the Patriots reportedly aren’t a serious suitor for Wentz.

The major difference is that Ertz’s contract isn’t as outlandish as Wentz, who has struggled mightily of recent. Ertz enters his last season under contract and thus New England, or any team for that matter, wouldn’t have to give up as much for him. If Philadelphia is debating releasing Ertz outright, a mid-round draft pick could be enough.

That wouldn’t be the same if Wentz was included, obviously. Of note, Wentz and the Colts reportedly have expressed mutual interest. Indianapolis has tight end Jack Doyle under contract for two more seasons, but 2020 backup Trey Burton will become a free agent.

Anyway, in getting back to the Patriots, the 30-year-old Ertz immediately would be the best tight end on the New England roster. The Patriots struggled to get much out of its tight ends for a second consecutive year. And while it wouldn’t be fair to write off either Devin Asiasi or Dalton Keene after one, pandemic-hindered rookie campaign, who knows if they’ll get up to speed for 2021.

Ertz, even during a season plagued by injuries, still was more productive than all three Patriots’ tight ends. He caught 36 balls for 335 yards and one touchdown in 11 games. And those numbers are far off his usual — 74 or more receptions, 816 or more yards in five straight seasons. Ertz caught 116 passes for 1,163 yards just two years prior, one of his three straight Pro Bowl seasons.

His Patriots competition? Ryan Izzo recorded a team-best 13 receptions for 199 yards in 12 games; Keene caught three passes for 16 yards in just six games; and Asiasi caught two passes for 39 yards and one touchdown in nine games. That’s right, one touchdown from the tight end group.

The Patriots dedicated a pair of third-round picks to the position in the 2020 NFL Draft, but they should consider dedicating another mid-round pick for an established veteran to lead the group in the immediate future. 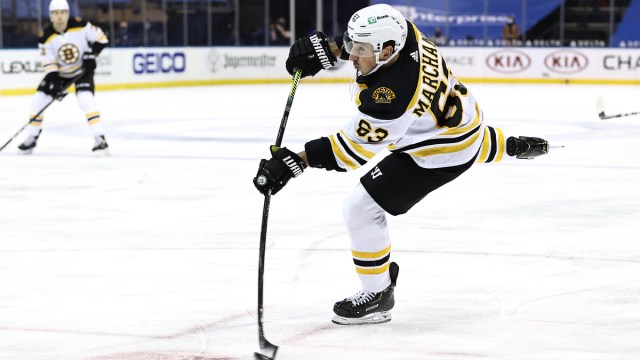