There’s a lot to digest from Sunday’s game at Gillette Stadium, which saw the New England Patriots suffer a season-opening loss to the Miami Dolphins.

It was a weird game. The Patriots were sloppy, undisciplined and kind of all over the place, yet were in a position to win late in the fourth quarter. Had Damien Harris not fumbled on Miami’s 9-yard line, New England probably escapes with a victory, giving rookie Mac Jones a win in his first professional start.

You could make cases for and against both teams deserving to win this game. As such, there were many pivotal moments that ultimately influenced the 17-16 final score.

Every week, we’ll go through highlights of turning-point plays for the Patriots and their opponent.

Let’s get into the Week 1 matchup between New England and Miami:

Jones got sacked and fumbled, with Jonnu Smith eventually falling on the ball for a nine-yard loss. We still aren’t sure what the rookie was trying to do on his first drop back, but it wasn’t pretty. The play essentially ended what was a promising first drive for the Patriots, who eventually punted. In what wound up being a one-point game, a field goal here would’ve been huge.

Also, this might have been the play where Trent Brown suffered his calf injury. The monstrous tackle left after the series and did not return, and the line suffered mightily as a result.

Second-and-2, Dolphins at NE 3 (5:35): We could’ve gone with Salvon Ahmed’s 18-yard catch-and-run from two plays prior, but Tua Tagovailo’s scamper into the end zone gets the nod.

It would not have been easy for the Patriots to stuff the Dolphins at the goal line, but New England has the front seven to get it done. Instead, Tagovailoa went untouched into the end zone, and in doing so showed the Dolphins came to play.

First-and-10, Patriots at own 39 (3:40): The play that might land Rhamondre Stevenson in the Foxboro witness-protection program.

Stevenson caught a pass from Jones and ran for nine yards before being tackled by old friend Eric Rowe, who forced a fumble that ultimately was recovered by the Dolphins. We still aren’t sure whether Stevenson’s knee was down, but the ball nevertheless came out, giving the Dolphins good field position.

Again, in a one-point game, these kinds of plays proved enormous.

If the Dolphins go down and score even a field goal, the Patriots would’ve been facing a 10-point deficit on a day when they struggled to score. This play was huge in keeping New England in the game.

One of the rare chunk plays on the day for the Patriots, Meyers’ catch-and-run essentially ensured the Patriots would get at least three points, which they did. David Andrews recovering a third-down Smith fumble later in the drive arguably was even more important.

The former Patriot broke up an excellent pass from Jones intended for Meyers, who was deep in Dolphins territory. If New England goes on to score any points that drive, especially a touchdown, we’re talking about a totally different game. Instead, they punted.

Second-and-7, Patriots at MIA 7 (2:35): We easily could’ve listed the bogus third-down roughing-the-passer penalty on Elandon Roberts, as the Patriots would have settled for a field goal without it.

However, New England received a new set of downs, and Jones wound up connecting with Agholor to give the Patriots a 10-7 lead. It was the first touchdown pass of Jones’ NFL career.

Tagovailoa started the final drive of the first half by finding rookie Jaylen Waddle for 36 yards. Miami didn’t go much further, but the eventual field goal allowed the visitors to enter the locker room tied and set to receive the ball to start the second half.

These rare defensive breakdowns absolutely killed the Patriots. As for Jalen Mills, the coverage was fine.

These plays from Josh Uche and Mills were huge in preventing Miami from potentially scoring a touchdown:

The Patriots would have been feeling great about themselves had they forced a punt on the first series of the second half. Instead, Tagovailoa converted on third down with a 30-yard pass to DeVante Parker, who made an incredible catch.

Patriots cornerback J.C. Jackson blamed himself for the play during the postgame.

The Dolphins eventually finished off the drive with this TD reception from Waddle, who gave Miami a six-point advantage (seven after the extra point):

The rookie connected with veteran James White for 26 yards, giving New England the ball in Miami territory. Honestly, we don’t want to get ahead of ourselves, but this looked a lot like plays we used to see from White and Tom Brady.

The drive ultimately ended in a field goal, which was disappointing. But points are points, and the Patriots wouldn’t have gotten any without this play:

Third-and-13, Dolphins at own 22 (2:05): Perhaps not a “turning point,” but the play of Adrian Phillips on this series needs to be highlighted.

The Patriots safety recorded two tackles for losses, the second of which forced the Dolphins to punt the ball back to the Patriots.

FOURTH QUARTER
First-and-10, Patriots at MIA 42 (13:18): This nifty 10-yard completion from Jones to Smith was key in New England eventually kicking a field goal to pull within one point. We expect to see more plays like this from Jones and Smith as the season progresses.

Unfortunately, Smith stepped out of bounds at the 32-yard line, preventing an even bigger play.

Third-and-7, Dolphins at own 43 (8:17): An awful play from Tagovailoa, who went scrambling for his life and threw up an ill-advised pass that was intercepted by New England corner Jonathan Jones.

The play gave the Patriots the ball at midfield, setting them up for a potential game-winning drive.

Harris, who finished with 100 rushing yards, coughed up the ball at the 9-yard line. The Patriots in all likelihood would have scored a field goal, if not more, forcing Tagovailoa to turn in a game-winning drive with roughly two minutes on the clock.

A disaster for New England, and a great play from Miami star corner Xavien Howard.

The Dolphins eventually ran out the clock, leaving Gillette Stadium with a hard-fought win. They’ll host the Buffalo Bills in Week 2, while the Patriots will visit the New York Jets.

You can click here to watch the full Dolphins-Patriots game highlights. 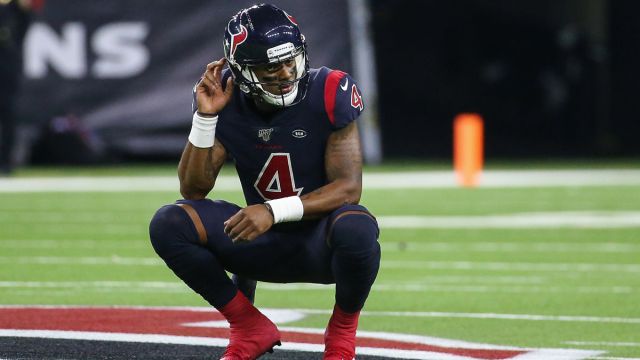 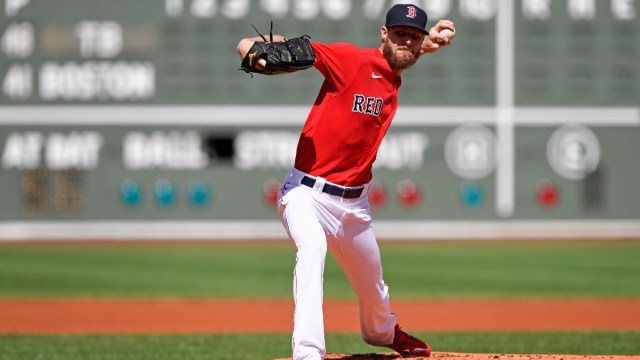 Reasons For Red Sox To Be Optimistic, Pessimistic As End Of Season Nears