No disrespect to Brandon Workman and Heath Hembree, but the Red Sox stole Nick Pivetta from the Phillies, and it paid off in the biggest way yet Sunday night.

Pivetta, whom Boston pilfered from the Phillies at the 2020 deadline, was absolutely brilliant, tossing four scoreless innings of relief to get the win in Boston’s miraculous 6-4, 13-inning win over the Tampa Bay Rays in Game 3 of the American League Division Series. Boston will get its first of two chances to clinch the series Monday night.

These sorts of games present all sorts of opportunities. Even games that go deep into the night and stretch way beyond nine innings offer a handful of chances for someone to step up and play the role of hero. In the end, it was Red Sox catcher Christian Vázquez who sent a rowdy Fenway Park crowd home happy. But he never would have had that chance if it weren’t for Pivetta, who seized the opportunity to step up and help his ball club.

With Alex Cora having worked through his nine-inning bullpen script, it was clear he’d need to lean on at least one starter. Chris Sale was in the bullpen, as was Eduardo Rodriguez. Cora, who has made a habit of using his starters in relief during the playoffs, let it be known this was a possibility.

“We were all in, and they know it,” Cora said. “We texted all the (starting pitchers), ‘Spikes on,’ and they know what that is. We might do it differently than other teams, but when you get to this stage, you take it day by day.”

Pivetta and the rest of the starters would have their spikes on and ready to pitch at a moment’s notice. For Pivetta, that moment came in the 10th inning, when he entered the game just three days after throwing 73 pitches out of the bullpen in Game 1.

The right-hander was fearless and went right after the Tampa Bay hitters. When it was all said and done, Pivetta went four scoreless innings, allowing just three hits and a walk while striking out seven.

Any mention of Pivetta in Game 3 of the 2021 ALDS for the rest of time should come with a caveat: He and the Red Sox got extremely lucky to escape the 13th inning without allowing a run following a fluky and fortunate freak play that turned a would-be Kevin Kiermaier go-ahead knock into a ground-rule double that kept a run off the board.

Credit to Pivetta, though, who took full advantage of the break and blew away Mike Zunino to end the 13th. The Red Sox walked it off in the bottom of the frame, and moments later, a “Nick Piv-ett-a!” chant broke out on Jersey Street behind the NESN studio set.

Pivetta became just the fifth pitcher in Red Sox history to pitch four scoreless innings in a playoff game, joining Ray Collins, Tex Hughson, David Price and Pedro Martinez, whose relief effort in Game of the 1999 ALDS is the stuff of lore.

However, Pivetta’s performance Sunday night reminded Cora of another historic postseason outing from Nathan Eovaldi during the 2018 World Series.

“He did an amazing job in Tampa, and today he was amazing,” Cora said. “Very similar to Nate in Game 3 of the World Series a few years ago. He was locked in. Good fastball, good curveball, with traffic (or) no traffic.”

Coincidentally, Pivetta credits Eovaldi for helping him understand what it takes to be even better when it matters most.

In that way, it was fitting Pivetta’s moment in the sun came a few hours after Eovaldi — who now has a 1.93 ERA in eight postseason starts — exited following another stellar October outing.

“I definitely have taken a lot from Nate and what he’s done,” Pivetta said. “He’s helped me prepare for these situations. I did watch that game (in 2018), I was watching it so I was aware of it, but in the moment, I’m just trying to go and throw zeroes and do the best I can to keep our game in it so our offense can come through.”

One way in which Pivetta differs from his quasi-mentor, though, is his emotion. Pivetta was shuffling and shimmying off the Fenway mound after each frame, each outburst of emotion bigger than the last.

“We’ve seen it before. We saw it in Oakland, we saw it in Tampa, there have been a few games where he just gets — he goes somewhere else mentally and physically,” Cora explained. “He was locked in. He did an amazing job for us.”

After throwing 140 pitches in four nights, Cora said Pivetta is down for Game 4 on Monday. It wouldn’t be surprising, though, if Pivetta threw on his spikes — just in case. 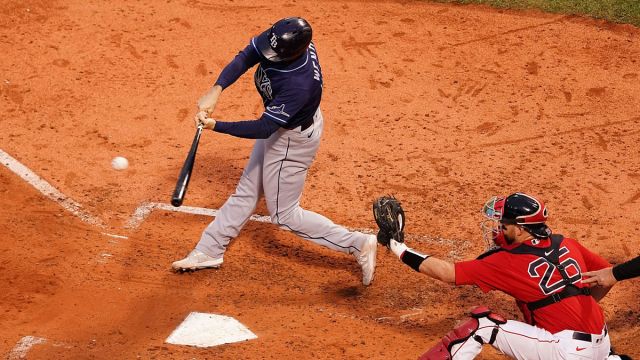 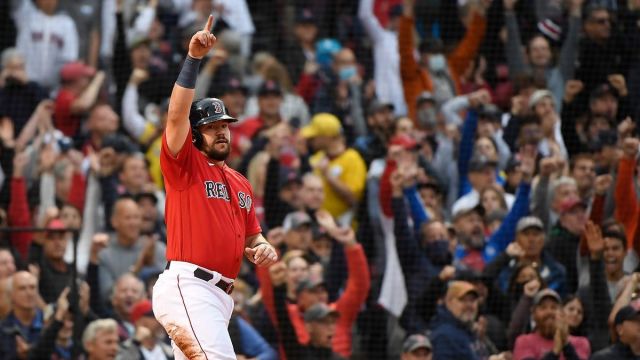 Kyle Schwarber Details Importance Of Making Fun Of Yourself After Error