Don Sweeney indicated how Boston’s trade deadline was met positively by those who remain with the organization after the Bruins general manager made a pair of moves to better the blue line before Monday afternoon.

Sweeney acquired a legitimate top four defenseman in Hampus Lindholm and added to the margins with more blue line help from the physical Josh Brown. The Bruins did not acquire any help for the forward group while keeping trade candidate Jake DeBrusk in Boston and even signing him to an extension.

Sweeney met with the media Monday following the 3 p.m. ET deadline and shared how he thought players were “excited” with how it played out, and how the team stands.

“We’ve monitored our team closely from January on in terms of how we’ve played, goal scoring has gone up. February on we’ve played well. We’ve defended well all year. We’re going to continue to do that. You got two goaltenders who are gonna go through a stretch run in the playoffs for the first time. Let’s just saddle up, and I think the guys are excited,” Sweeney said, per a team-provided video. “You’ve got a player in Hampus that is not just coming to impact our team now, but moving forward.”

Lindholm signed an eight-year extension with the Bruins after the trade. Boston sent the Anaheim Ducks three draft picks, including a 2022 first-rounder, along with a pair of defensemen in Uhro Vaakaneinen and John Moore.

Sweeney acknowledged how Boston’s play of late, and the overall buy-in of players, instilled the idea it was worth adding.

“Yeah, it starts with the investment of our team. It honestly does. You ask so much of the players and the organization and what they do and you hope those two things are aligned and the team is playing well. So how can you complement that?,” Sweeney said. “And then ultimately, that’s where we’ve been in the last few years so we’ve tried to do that. And we’ve knocked on the door and, you know, I want to knock again. That’s honestly what the players are looking at, as well.

“You walk through the door after you make it (trade) and some guys have perked up,” Sweeney added. “That’s the feeling you want and I think most teams that tried to add to their groups feeling that they have an opportunity. They feel that way. And I don’t think we’re any different. We’ll wait and see whether or not we did enough, or whether I did enough, to help the group.”

The 38-19-5 Bruins entered Monday’s game against the Montreal Canadiens two points back (81 points) of the Toronto Maple Leafs for the third spot in the Atlantic Division. Boston currently holds the first wild card spot as the No. 7 seed. The Florida Panthers currently are the top team in the Eastern Conference with 90 points. 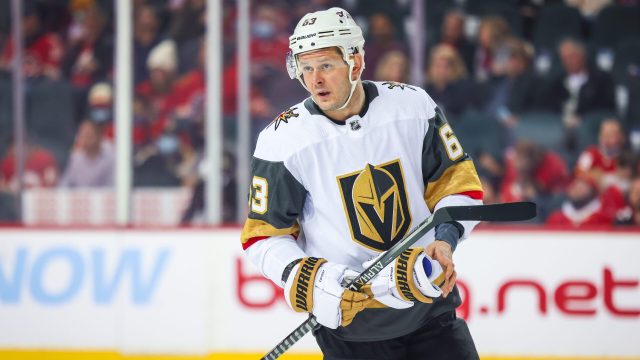 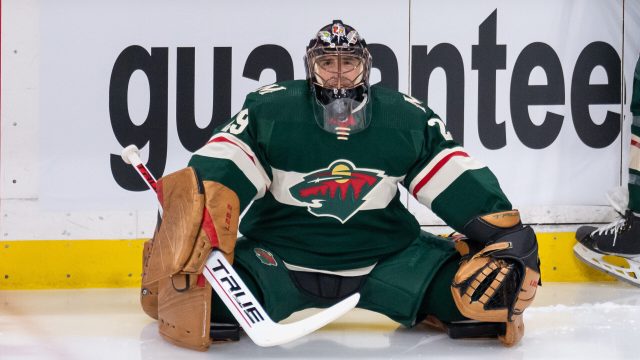 Marc-Andre Fleury in Wild Lineup After Being Acquired Today