The New England Patriots didn’t just move on from Tom Brady, the greatest quarterback in NFL history, who subsequently led the Tampa Bay Buccaneers to a Super Bowl title this season.

They did so, it appears, without a plan in place, leading to the failed Cam Newton experiment of 2020 and serious questions about the long-term future of the QB position in Foxboro.

So, just how bad has the situation become for Bill Belichick?

Hyperbolic? Maybe. The Patriots have a bunch of salary cap space, some decent draft capital and the institutional smarts, despite some recent missteps and departures, to right the ship in short order.

Then again, as Cowherd explained, New England might find this offseason’s quarterback carousel to be less than enjoyable. For all of the QB options available, or once available, the Patriots aren’t really in position to strike.

This could leave Sam Darnold, Marcus Mariota, Jameis Winston and, yes, Newton among the top QB options available via trade or free agency. Not the most inspiring bunch relative to Brady.

It doesn’t help, either, that New England reportedly has found prices on the QB trade market to be inflated this offseason. Do the Patriots really want to engage in a bidding war for a low-tier signal-caller?

As far as the draft, the Patriots own the No. 15 overall pick, an OK selection but perhaps not good enough to land one of the five best quarterbacks in this year’s class (Trevor Lawrence, Zach Wilson, Justin Fields, Trey Lance and Mac Jones).

“This is New England post-Tom Brady: Lost. It’s the worst-case scenario,” Cowherd said. “The quarterback market’s barren, eight other teams beside you want one, and you’ve got the 15th pick.

“My guess is New England absolutely has to trade up in this draft. I don’t know what they’re gonna trade. I really don’t. They don’t have any players anybody wants. Maybe they give three first-round picks. But this is New England post-Brady.” 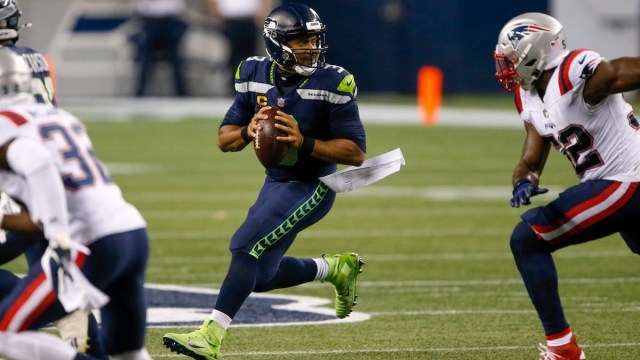 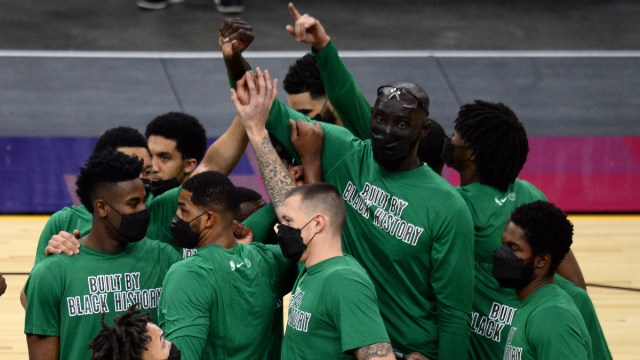