Alex Verdugo Has Gone Cold, And Red Sox Need Him To Heat Back Up Skip to content

Alex Verdugo isn’t relied upon to deliver the kind production expected from Xander Bogaerts, Rafael Devers and J.D. Martinez. But, as the usual No. 2 hitter, Verdugo does hold an important spot in the lineup and is responsible for setting the table for Boston’s middle-of-the-order thumpers.

Early in the season, he was providing that and much more to the Red Sox lineup. He also was a sparkplug whose flair for the dramatic was a huge part of Boston’s early season success.

But in the weeks and months since, and especially lately, Verdugo has cooled off, and the Red Sox offense recently has followed suit.

In his first 22 games (April 2 – April 27), Verdugo hit .325 with three homers, six doubles, one triple and a .908 OPS in 89 appearances. In many ways, it was a continuation of what we saw last year, when Verdugo, acquired in the Mookie Betts trade, was one of the few bright spots in a forgettable Red Sox campaign.

Through April 27, Boston’s offense hit .272 as a group while averaging exactly five runs per game.

Since then, Verdugo has hit .255 with a .702 OPS across 278 appearances in 64 games. He has just 18 extra-base hits in that stretch, well below what he and the Red Sox know he is capable of. Verdugo hasn’t struck out much but he essentially has turned into a singles-and-ground balls hitter.

For much of that time, Boston’s offense marched on seemingly unaffected. From April 28 through Sunday night’s loss in New York, the Red Sox averaged five runs per game while hitting .251 as a team. They still have the sixth-highest team batting average in baseball because, you know, they’re really good, and Verdugo hasn’t been terrible, or anything.

But July has been different. Since the end of June, Verdugo is hitting just .245 with three doubles and zero homers.

The Red Sox opened July with a 15-1 win over the Kansas City Royals, completing a four-game sweep. Since then, Boston is 5-7 and has lost three of four series (three straight). Alex Cora’s club is hitting just .215 while averaging 3.8 runs per game — 3.0 if you exclude an 11-run effort against the Philadelphia Phillies.

Verdugo went 0-for-4 with three strikeouts Sunday night against the Yankees. A day later, Cora was asked about the 25-year-old’s struggles.

“It seems like he’s collapsing a little bit,” Cora told reporters before Monday’s series opener against the Toronto Blue Jays. “The swings and misses lately — that’s not him. This is a guy, he makes contact, he goes the other way. It hasn’t happened consistently for him, but he’s working, he’s working. I think it’s just a timing thing. When you’re late on the fastball and out in front of off-speed pitches, you know, it’s all about timing.

“But the thing with (Verdugo), too, is that he’s so simple with his approach, so there’s not too much adjusting. It’s just about getting that timing back and get back to raking.”

None of this is to put the blame squarely on Verdugo’s shoulders. Inconsistent production at both first and second base, as well as what continues to be a down offensive year for Christian Vázquez, have a lot to do with the Red Sox’s recent struggles. So, too, does spotty performance from the starting rotation and an apparent, and collective, lack of focus before the All-Star break.

It’s a team game, after all. Plus, injuries are real, and anyone watching Verdugo and Vazquez can tell they’ve been playing through pain.

But the Red Sox are far for perfect and will remain that way regardless of what they do before the trade deadline. And the Tampa Bay Rays, who entered Monday just a half game back of Boston for first place in the American League East, clearly aren’t going anywhere.

The Red Sox need their stars to perform like stars if they want to make noise in October.

And make no mistake: Verdugo still is on the cusp of stardom. A return to form would go a long way toward Boston creating distance from its rivals during the stretch run. 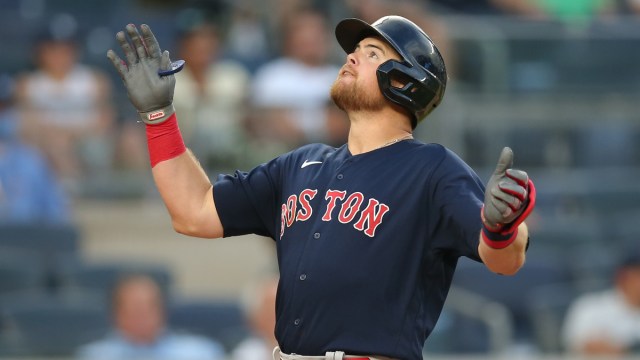 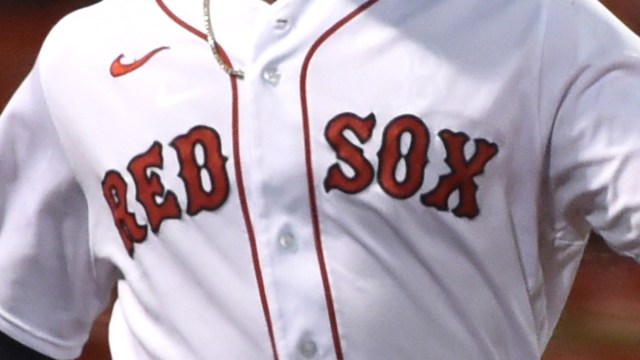 Why MLB.com Believes Red Sox Will Be Buyers At Upcoming Trade Deadline