We wouldn’t blame you for tuning out Patriots draft coverage weeks ago. It can be a lot, after all, and the vast majority of NFL draft predictions age poorly.

But, with Round 1 set for Thursday night, it might be worthwhile to recap some of the buzz surrounding New England.

The Patriots already have swung a pre-draft trade, raising their number of selections to nine. And adding more assets could prove beneficial, as the pressure is on the Patriots, who have multiple big needs, to replicate the success they found in last year’s draft.

Let’s go over what some of the NFL’s top insiders have been saying about New England during the lead-up to the 2022 NFL Draft:

Bill Belichick’s mindset
Some fans worry about whether 70-year-old Bill Belichick still is committed to the pre-draft grind. The abilities of new personnel chief Matt Groh, and his willingness to speak up if he disagrees with Belichick, also remain a mystery.

But that all might be much ado about nothing. Last week, Albert Breer of Sports Illustrated reported that Belichick is “working more than he has in the recent past.” Why? It’s all about legacy and ensuring the Patriots are in a position to succeed when he retires.

A couple of weeks prior, Greg Bedard of Boston Sports Journal offered this insight into how people around the Patriots feel about Groh:

“His intellect and how he applies that to his job is absolutely revered by those around him in the organization,” Bedard wrote. “The feeling is that Groh is going to be outstanding in his new role, and while he’s quiet, he does know how to get his point across to Belichick.”

So, fear not, Patriots fans: The franchise continues to be in good hands.

Will they stay at No. 21?
That’s always the question with the Patriots, isn’t it? Belichick loves nothing more than trading down in the first round — or out of it entirely — to add more picks.

And he might do it again this year. On Sunday, Mike Reiss of ESPN said his “educated guess” is that Belichick will make a concerted effort toward trading down in Round 1. Rather than keeping the 21st overall pick, Belichick could opt for picking a player toward the bottom of the first round while also adding another pick to his war chest.

But that might be easier said than done. The 2022 draft class is viewed as deep but lacking in high-end talent. Because of that, more teams are looking to trade down rather than up, potentially making it difficult for the Patriots to find a trade partner.

“Most of the movement you’re hearing now — because this isn’t a great draft and really the meat of the draft class is in the second and third round — is teams looking to move down, not up,” Breer said Sunday during an NBC Sports Boston appearance.

That said, Belichick loves zigging when others zag. With so many teams looking to do what the Patriots normally do, there might be an opening for New England’s head coach to be atypically aggressive.

“Kiper wonders if Belichick might consider a trade into the teens if Stingley slips into that range,” Reiss wrote, “Considering Stingley was tracking as a possible No. 1 player in the draft if not for the 2020 COVID-19 season and then suffering a torn Lisfranc ligament in his left foot that sidelined him for nine games in 2021.”

One thing you probably can bet on: Belichick executing trades during the draft. Since 2000, his 83 draft-day trades lead the NFL, as pointed out by Reiss.

Whom are they targeting?
Given the Patriots’ needs on both offense and defense, there’s not much they could do in this draft that would surprise us. That includes reaching for a kid from San Diego State whose nickname is “The Punt God.”

New England has conducted a large amount of pre-daft visits, which doesn’t mean a whole lot. They’ve shown interest in a variety of wideouts, from projected Day 3 prospects to Jameson Williams, a receiver who might not make it to No. 21 but nevertheless has gone to the Patriots in many mock drafts. It probably is safe to assume the Patriots will draft a receiver at some point.

Yet many believe the Patriots use their first-round pick on a player who will live in the trenches.

“Don’t be surprised if the Patriots go w/ a big body if they stay at (No. 21),” NFL Media’s Mike Giardi tweeted in early April. “They’ve spent a lot of time with some of the top prospects, from tackles Trevor Penning & Bernhard Raimann to interior players Zion Johnson & Kenyon Green. They have a hole at LG and future tackle issues.”

There’s real buzz surrounding the Patriots and some of the players mentioned by Giardi. Multiple mock drafts have New England taking Penning, a monstrous tackle who already has met with the Patriots. The same can be said for Johnson, a guard from Boston College. As for Raimann, Peter King is all about the Patriots selecting the Austrian tackle who played receiver in high school.

There also is talk of New England beefing up its defensive line. Jordan Davis, a freakishly athletic nose tackle out of Georgia, has been mocked to the Patriots, and Reiss recently identified UConn defensive tackle Travis Jones as someone to keep an eye on.

And then there are the linebackers.

ESPN’s Jeremy Fowler on Wednesday wrote there’s “buzz” on the Patriots drafting a linebacker, and also quoted an AFC executive who believes Nakobe Dean — whose mother is a huge Belichick fan — could be Jerod Mayo 2.0 for New England. Utah’s Devin Lloyd also has been a popular name in Patriots mock drafts.

But don’t forget about fellow Georgia linebacker Quay Walker. Breer on Tuesday reported that some issues could cause Dean and Lloyd to slide down draft boards, resulting in Walker being the first linebacker taken. And, on Wednesday, ESPN draft analyst Matt Miller received this bold prediction from an NFL source:

“Quay Walker the first linebacker and he doesn’t get past New England.”

Anyway, if you wanna go further down the mock-draft rabbit hole, check out the story in the link below.

As always, fans should expect the unexpected from the Patriots on draft day. Only a few privileged individuals really know what Belichick is thinking ahead of the draft, and trying to predict what he’ll do usually is a fool’s errand. Still, hopefully we’ve given you a better idea of what the Patriots could do this weekend.

However, as you get ready to bust out your favorite Patriots jersey and park your keister on the couch for a few days, this probably is the only report worth keeping in mind: 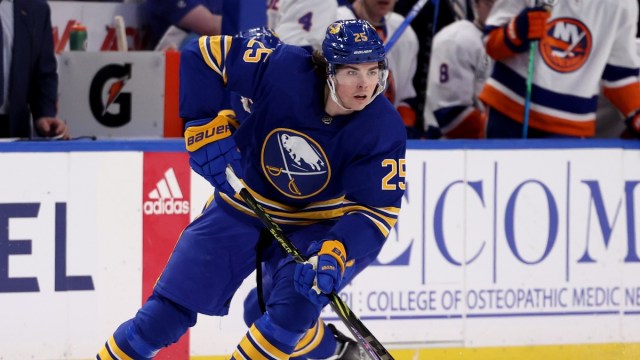 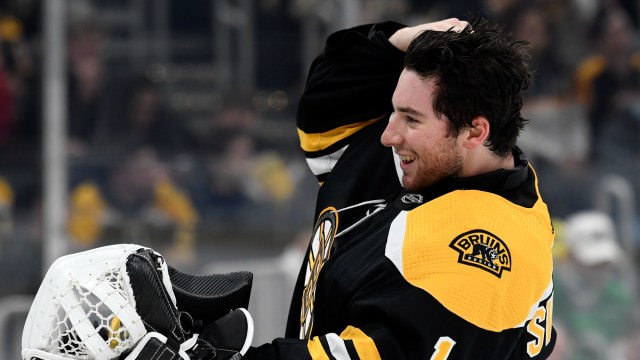