FOXBORO, Mass. — Asked last Friday about Jarrett Stidham, Josh McDaniels said he was “pretty sure he?ll be out there ready to roll the next time we?re ready to practice.”

Stidham might have been ready, but he did not roll.

The second-year quarterback did not take part in any competitive drills Sunday as the New England Patriots returned to the practice field following an off day. Stidham did participate in the individual and positional portions of practice, but Cam Newton and Brian Hoyer handled every rep in 7-on-7 and 11-on-11 drills.

Stidham reportedly is dealing with a hip injury that has limited him since at least last Thursday, when he first saw a drastic reduction in reps compared to Newton and Hoyer.

The longer Stidham continues to operate at less than 100 percent, the tighter Newton’s grip on the Patriots’ starting quarterback job grows.

Here’s everything we saw in Sunday’s practice:

White, Jackson, Burt and Taylor were new absences. Thomas missed the first few days of camp but had participated in the previous two practices.

At least some of those absences reportedly were connected to a string of false positive COVID-19 tests that affected several NFL teams this weekend. It’s unclear which players were involved in that mix-up.

Gilmore, who reportedly is attending to a personal matter, missed his third straight practice.

Did not participate: S Adrian Phillips

Phillips arrived midway through practice and watched from the sideline in a helmet and face mask. The veteran safety had been absent from the previous two practices.

Dugger, the Patriots’ top 2020 draft pick and an early camp standout, rode a stationary bike during individual drills before watching team drills. He also was limited in Saturday’s low-speed practice.

Meyers did not take part in team drills. His injury is costing him valuable reps as fellow receivers like Gunner Olszewski and Devin Ross string together strong practices.

Harry was a full participant after missing the previous three practices but did not have his best day. He dropped two passes (one in individuals, one in 7s) and didn’t have a catch on three targets in 11s. He also looked fatigued near the end of practice.

There’s a clear front-runner in the Patriots’ quarterback competition. The 2015 NFL MVP attempted 39 passes in competitive drills to Hoyer’s 21 and Stidham’s zero and got to show off his renowned mobility on several occasions.

This wasn’t a perfect day from Newton, as his accuracy wavered at times. We counted seven off-target passes from the former Carolina Panthers star, including multiple overthrows on deep balls. In one instance during 7-on-7s, Newton apologized to Julian Edelman (more on him below) after throwing behind the wideout on a crossing route.

Those kinds of miscalculations are to be expected from a player adjusting to a new offense and unfamiliar teammates, though. Overall, this was a promising showing from Newton, who completed each of his first seven passes in 11-on-11s.

Newton’s best throw of the day came on the final rep of practice, with Mohamed Sanu beating Jonathan Jones up the seam for a touchdown.

Hoyer was solid overall, save for one overthrown heave to Damiere Byrd that was intercepted by Justin Bethel. His greater command of the offense — this is his seventh Patriots training camp, after all — was evident in his pre-snap communication.

— The Patriots have managed Edelman’s workload in camp, but the 34-year-old was highly active Sunday, catching a team-high seven passes on seven targets in 11-on-11 drills, all from Newton. That will be an important connection for New England moving forward.

— Rookie Justin Rohrwasser kicked field goals in front of reporters for the first time since last Monday, and the results were less than stellar.

While kicking unopposed (just snapper, holder and kicker), Rohrwasser shanked two kicks so far to the left that they missed the screen positioned behind the goal posts. He also missed left on multiple other attempts and booted a few ugly line drives, though he did drill at least one from about 50 yards out.

The fifth-round draft pick was better in a full-team setting, hitting from 37 and 40 on narrower practice goal posts. He missed from 44 and 46, but at least one of those would have been good on regulation posts.

As of Saturday, the Patriots reportedly planned to sign Nick Folk as competition for Rohrwasser, who reportedly is dealing with an injury. After Sunday’s display, that would be a wise move.

— With White, Taylor, Michel and Miller all sidelined, the Patriots operated with just two running backs: Rex Burkhead and Damien Harris. Both had strong days, with Burkhead catching eight passes in team drills (six in 11-on-11s) and Harris continuing his strong running while adding five catches (two in 11s).

At this point, Harris has to be viewed as the favorite to open the season as New England’s lead back.

Quessenberry, a classmate of Joe Cardona’s at Navy played defensive tackle in college and spent the last five years in the Marines. Expect him to be used mostly as a blocker.

Maluia has made a number of splash plays in camp (interception vs. Newton, goal-line tackle on Jakob Johnson). Inside linebackers coach Jerod Mayo praised the sixth-round draft pick’s athleticism last week but said his knowledge of the defense needed work.

— Ryan Izzo made a juggling touchdown catch over Terrence Brooks in 11-on-11s. Izzo has gotten the better of that matchup in camp. 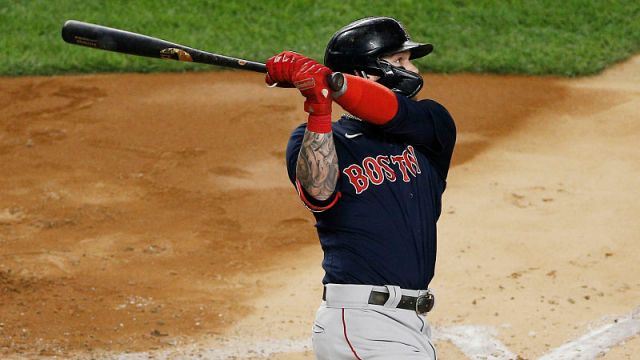 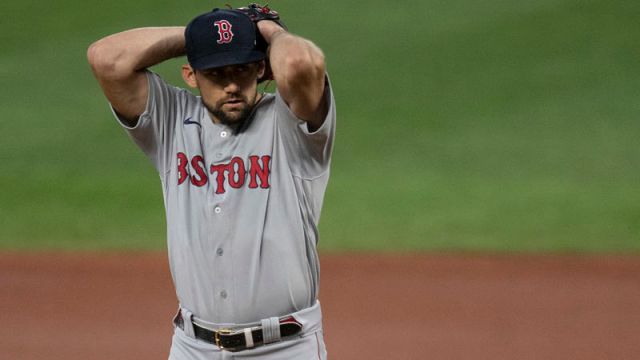