The New England Patriots will visit the Buffalo Bills on Saturday night in the wild-card round of the 2021 NFL playoffs. Here are nine early thoughts on that matchup:

1. The No. 6 seed Patriots and third-seeded Bills split the regular-season series, with each team winning on the road.

New England braved gale-force wilds to win 14-10 in Buffalo in Week 13, rushing 46 times for 222 yards and getting game-saving pass breakups from Adrian Phillips and Myles Bryant in the final minutes. And, in the most notable stat to come out of that game, rookie quarterback Mac Jones attempted just three total passes, the second-fewest by any team since the AFL-NFL merger. The Bills seemed on the verge of collapse after that loss, but after falling to the Tampa Bay Buccaneers the following week, they rebounded and closed out the regular season with four straight wins.

Buffalo got its revenge three weeks later, winning 33-21 at Gillette Stadium. The Patriots staged a late rally and trailed by just five with less than eight minutes remaining, but they could not keep pace with the Bills’ offense, which reached the red zone on all seven of its non-kneeldown possessions. QB Josh Allen played arguably the best game of his career, and the Patriots failed to capitalize on his few slip-ups, like J.C. Jackson’s dropped fourth-quarter interception. New England also lost a key matchup in the secondary, with reserve Bills slot receiver Isaiah McKenzie (11 catches, 125 yards, one touchdown) torching Bryant for several key first downs.

The Patriots are reeling entering the playoffs, scattering three late-season losses around a blowout win over the lowly Jacksonville Jaguars.

The Bills ranked first in the NFL in points allowed per game during the regular season. The Patriots were second. Both ranked in the top six in scoring offense (third and sixth, respectively). Buffalo also led the league in Football Outsiders’ defensive DVOA, with New England ranking fourth. Offensively, the Patriots were ninth in DVOA, and the Bills were 10th.

2. Which Allen will show up Saturday night?

If it’s the version the Patriots saw in Foxboro, Mass., last month, New England is in trouble. But week-to-week consistency remains a problem area for the Bills signal-caller. One week after his big game at Gillette, Allen went 11-for-26 for 120 yards and three interceptions in an ugly win over the Atlanta Falcons. He also wasn’t great in the first Pats-Bills matchup, going 15-for-30 for 145 yards and a touchdown amid unfavorable passing conditions.

The Patriots have a chance to remedy the defensive issues that plagued them in Week 13, when they seemed overly focused on containing Allen, then allowed him to escape the pocket anyway. Whether they can successfully do so could determine whether they advance to the divisional round.

3. Speaking of quarterbacks, will Jones be up to the challenge of facing one of the NFL’s top defense on the road, in the playoffs, in primetime?

In his first meeting with the Bills, he threw three passes. Last month’s rematch was his worst game as a pro to date, with Jones setting career lows in completion percentage, yards per attempt and passer rating and throwing two interceptions.

Jones did lead an inspired comeback bid in that game, as he has in nearly every Patriots loss this season. Over their last three defeats, he’s engineered five fourth-quarter touchdown drives. No one should be afraid of the first-round draft pick wilting under pressure or going in the tank after a rough start. But Jones’ recent inconsistency has hamstrung New England’s offense.

The Patriots have had a difficult time overcoming mistakes by their rookie QB. When Jones turns the ball over multiple times — as he did in each of their last three losses — they’re 1-5 this season. When he doesn’t, they’re 9-2.

An important note: Jones will have Nelson Agholor at his disposal Saturday night. Agholor missed the last Bills game with a concussion, and though he hasn’t posted gaudy stats this season, his presence creates opportunities for other Patriots pass-catchers. Without needing to worry about Agholor threatening on deep or outside-the-numbers routes in Week 16, Buffalo was able to zero in on and successfully erase tight end Hunter Henry, who had just one catch on six targets for 9 yards.

4. The Patriots were awful on third down in their last Bills meeting. Offensively, they were 1-for-10 and faced third-and-7 or longer eight times. On defense, they let the Bills convert six of 12 third-down opportunities, plus thee of four on fourth down, continuously failing in key situations. Head coach Bill Belichick called those struggles their “biggest problem” in the game. Obviously, they can’t have a repeat of that performance.

5. Another problem: Starting slow. The Patriots have fallen behind by double digits in each of their last three losses: 20-0 against Indianapolis, 17-7 against Buffalo and 17-0 against Miami on Sunday. They rallied in all three, getting to within one score in the fourth quarter, but could not close the gap.

The Patriots cannot fall into another situation where they’re chasing the score against this explosive Bills offense. This is a team that’s built to grab an early lead and then hold it by running the ball and playing good defense. New England trailed at halftime in just two of its 10 wins during the regular season, and both of those were one-score games at the break.

New England also needs to clean up the penalties and special teams miscues. Those will lose you games in the playoffs.

6. There are no extreme winds in the forecast this time around, but the weather in Buffalo could be bitterly cold. Some early forecasts for Saturday night call for single-digit temperatures at kickoff with wind chills dipping below zero.

In weather that cold, it helps to have a strong rushing attack, which the Patriots do. But how will Jones hold up in those frigid conditions? The Florida native and Alabama product hasn’t looked as sharp this season when throwing on chillier days.

7. The Patriots could be without some key players Saturday night after defensive tackle Christian Barmore (knee) and offensive tackle Isaiah Wynn (ankle) both left Sunday’s 33-24 loss to the Dolphins. The severity of their respective ailments remains unclear, but Belichick did say he’s “hopeful” they can return against Buffalo.

Both would be major losses. Barmore is the Patriots’ best interior pass rusher, and Wynn is their starting left tackle.

The Patriots also were without linebacker Dont’a Hightower (knee), safety Kyle Dugger (hand) and slot cornerback Bryant (COVID-19) against Miami. Of those three, Dugger is the biggest wild card, as his injury kept him out of practice all last week. Hightower was able to practice in a limited capacity, and Bryant theoretically should be off the reserve/COVID-19 list in the coming days. New England won in Buffalo without Dugger earlier this season, but he’s one of the Patriots’ best and most versatile defenders.

Since this game is on Saturday night, the Patriots will have a short week, giving these banged-up players one less day to recover.

8. The Patriots went 6-2 away from Gillette Stadium this season but dropped their final two road games. This will be their first time going on the road in the first round of the playoffs since 1998, when they lost in Jacksonville with Scott Zolak at quarterback. On the few times they have played on wild-card weekend during the Belichick era, all of those games have been at home.

9. It’s been more than a decade since the Patriots faced a divisional opponent in the postseason. The most recent such matchup game in the 2010 playoffs, when Rex Ryan’s New York Jets stunned New England in the divisional round.

The last time the Patriots and Bills squared off in a playoff game? Way back in 1963. Larry Garron caught two touchdown passes from Babe Parrilli, Gino Cappelletti kicked four field goals and the Boston Patriots won 26-8. 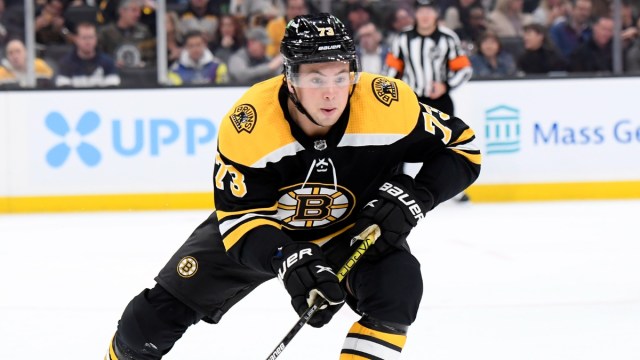 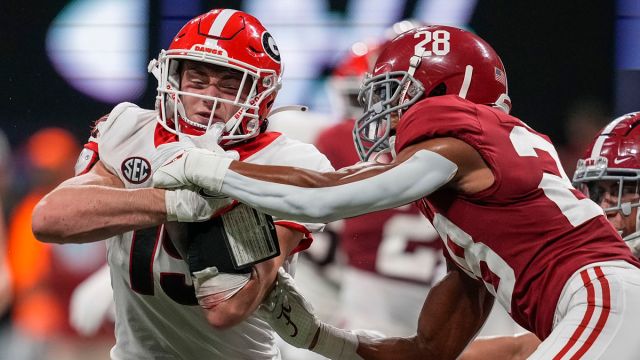