The timing was nothing if not ironic.

After dreaming of working in sports for years, Keith Smith finally lined up enough part-time and freelance work to take the jump, quitting his day job to cover the Boston Celtics and NBA for a living.

He left his career with the Walt Disney World Company in February after almost 20 years. But by March 11, the COVID-19 pandemic hit the league and forced the NBA to suspend the season, throwing a wrench in Smith’s meticulously crafted plan.

“I was always hopeful that someway, somehow the NBA would get back and I didn?t know what form or fashion it would take,” Smith told NESN.

He was furloughed from some of his writing jobs but managed to maintain some smaller freelancing gigs. Still, the NBA’s resumption was crucial for Smith to support his family.

So without realizing it at the time, his old career became vital to the stability of his new one as he wrote the bubble plan into existence.

When the NBA paused play following its first positive coronavirus test, the estimated timetable to resume play was about 30 days. Of course, it would take much longer than that for the league to seriously begin talks about how to safely return.

As a couple of weeks turned into a couple of months, ideas started floating around about the NBA playing out the rest of the 2019-20 season in a quarantine campus of sorts, minimizing travel and the threat of the virus spreading throughout the league.

Las Vegas, host of the annual NBA Summer League, was suggested as a potential venue. But having covered the offseason competition the last seven years, it was hard for Smith to conceive how that would be a safe option. UNLV’s Thomas and Mack Center is centrally located in the city, and it would be close to impossible to shut everything down around it to make things happen.

Then, the more outlandish ideas began to surface.

“There was talk about maybe going to the Bahamas, and then it started getting really crazy when people wanted (the NBA) to get a private island and build a court, or put everybody on cruise ships,” Smith said. “I?ve been on cruises, they?re not playing an NBA game on a cruise ship. What are we doing here? Someones going to take a game-winning shot with a wave coming at the same time and then miss. That?s going to go over really well.”

“We got an email on the day the article posted in the afternoon from someone with the league, and all it said was, ‘Thank you for a thoughtful and thorough idea.’ That was the extent of it.”

The more Smith thought about it, he eventually realized the answer to the NBA’s problem was right around the corner from his Orlando, Fla., home. Walt Disney World was a no-brainer.

There was the existing respect between NBA commissioner Adam Silver and Disney executive chairman Bob Iger. Not to mention, Disney had all the available hotel rooms needed to accommodate the league. The ESPN Wide World of Sports complex, which was broadcast-ready, was sitting empty, and at the time, COVID-19 numbers in central Florida weren’t as bad as other areas of the country.

“I really didn?t think there was a real chance this would happen, I just really wanted to put it out there as another alternative to Vegas,” Smith said. “I kept thinking to myself, Disney is private property, they can shut down whatever section of this property they need to and make sure nobody gets in and nobody gets out. Disney hosted President Barack Obama when he was in office and completely shut the property down while he was at Magic Kingdom giving a speech. And then they reopened it a few hours after he left and you never would have known anything was different. I know they can do that a lot easier when there?s nobody even here because of the pandemic.

“I kept saying these are big massive companies who have a lot more reason to make this work than to not. They?re smart about the way they do business, and if anyone could make this happen it?s these guys.”

Smith was right. Of course, the NBA wanted to do anything it could to resume the season in order to play games, fulfill television contracts and salvage at least something financially.

And with Disney owning ABC and ESPN, television networks that broadcast NBA games, it too had a vested interest in bringing basketball back.

“This is very much a you scratch our back, and not only will I scratch yours, but you?re going to get the full massage here,” Smith said. “We?re all going to make money here we?re not going to make otherwise. It?s good for Disney to get the league on property because, quite frankly, they helped keep some people in jobs that they may not have otherwise during this period. So all around, it was a win-win as long as you could pull off all the logistics.”

Smith pitched a story idea to his editor at Yahoo! Sports that suggested hosting the NBA return at Disney and got the green light to start writing it.

Having worked for Disney since taking on a college internship, Smith spent some time fact checking and confirming things he thought he already knew with old colleagues.

“It was funny because some of my people were like, ‘Yeah, but that’s crazy. This would never happen. No one is going to come live here for three months. But yeah, your thinking is right on,'” Smith said.

The article was published April 16. It got a little traction that first day, but then started to slow down.

Still, the NBA gave him some initial feedback on the idea.

“We got an email on the day the article posted in the afternoon from someone with the league,” Smith said. “And all it said was, ‘Thank you for a thoughtful and thorough idea.’ That was the extent of it.”

Smith recalls eating dinner with his wife and daughter in late April when his phone started blowing up.

The Athletic’s Shams Charania reported that Disney was emerging as a favorite to host the NBA’s return, and as a result, Smith had more notifications on Twitter than ever before.

His suggestion then took on a whole new life. Smith saw that despite Disney’s announcement to reopen the park in July, options to book accommodations at its Coronado Springs Resort were taken offline completely.

Smith put more puzzle pieces together, and within a few weeks, it was clear the NBA actually was going to try and get this done. While he had confirmation from Disney’s side, he couldn’t get it from the league.

But once the news officially was announced, that opened the floodgates for him to report on everything he’d gathered to that point.

“As someone who covers the league, it made me proud to see just how great these guys were to people who are very important to me from my previous life.”

Naturally, he became the unofficial liaison to answer questions from various players, coaches and owners about what they were in for down in Orlando — things like the climate or even what happens in the event of a hurricane.

When players finally arrived in July, those questions morphed into frequent updates from players whenever they came across the native Floridian wildlife.

“I had players texting me like, ‘Hey we saw an alligator today.’ And I’m like, ‘Yeah, it?s Florida.’ Any body of water that?s bigger than a puddle, it?s safe to assume there?s probably a gator in it.”

He also got to hear about everything from the vantage point of Disney employees. Staff marveled at how kind players were to them, couldn’t believe how much they enjoyed fishing and found it hilarious that they could stand in the deep end of the pools with their heads above the surface.

Disney employees joked with Smith about how they had an idea of which teams were on the brink of elimination based on which players were going down to the makeshift mail room to ask staff to ship their cases of wine home.

Before leaving, players gave televisions, personal items and enormous tips to the housekeepers, and many left their rooms immaculate.

“As someone who covers the league, it made me proud to see just how great these guys were to people who are very important to me from my previous life.”

The bubble experiment ended up exceeding all expectations. The NBA managed to play 172 games over a span of three months without a single new positive COVID-19 test.

And on Oct. 12, Silver reportedly informed league employees that they’ll be receiving $1,000 bonuses and extra time off as a reward for all their hard work during this unprecedented season.

Unfortunately, Disney wasn’t able to do the same. In late-September, the corporation announced an estimated 28,000 layoffs. The positions predominantly were eliminated between its two theme parks.

Smith learned from friends at Disney that the NBA wanted to help, with the league making it clear they would take care of anyone who the NBA had worked with directly who was impacted.

“That?s something that, in a moment that?s really tough for a lot of people, it really brings a smile to your face to know that people really do care,” Smith said.

Still, even after the NBA’s restart proceeded almost seamlessly, the layoffs had gotten him down. Sure, his idea worked to bring basketball back, but so many people, including his family and friends, lost their jobs with Disney anyways.

But perhaps without the NBA, things could have been much worse.

So what he does take heart in, especially after speaking with friends who have worked directly with the league, is the possibility that his idea kept them in a job for a few extra months.

“If me writing that article had any small part in that, that?s more than enough for me,” Smith said. “That’s what I’ll take heart in.”

Smith doesn’t expect anyone at Disney to hook him up with a 20-year-old bottle of Bordeaux left behind by one of the players or anything, but is hopeful the idea could help him in his writing career.

The column certainly helped him maintain work to support his family. Though he left Disney to continue pursuing a career in sports, everything came full circle. And who knows, maybe this idea ultimately will be what helps Smith land full-time employment covering the NBA.

“I tend to be an extremely optimistic person, that’s just how I tend to live life,” Smith said.

“I am only hopeful that the right people have seen it, and that when things normalize and people are getting jobs again that it will help me at that point.” 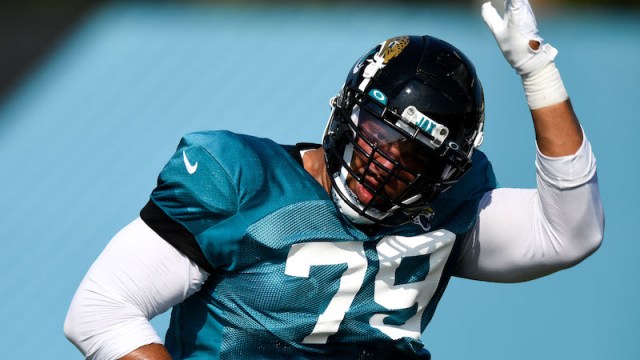 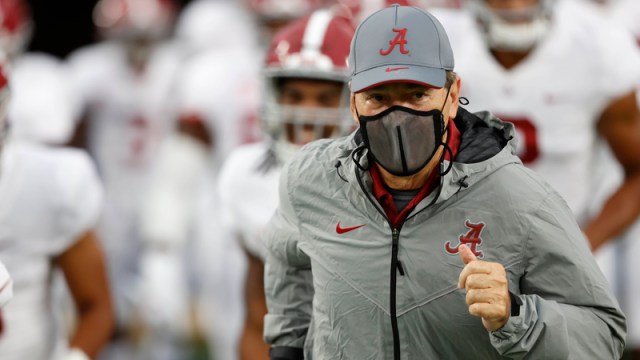