Why So Negative? Here Are 10 Positive Spins On Patriots Offseason Skip to content

The football world wants you to believe the Patriots have had a crappy offseason — and they might be right.

After collapsing late last season, New England has sat on the sidelines while other contenders seemingly have improved their rosters. A polarizing performance in the draft hasn’t helped matters, nor has the apparent willingness to subject Mac Jones to a collaborative, unorthodox play-calling approach following the departure of Josh McDaniels.

Those concerns are fair, but are there other ways to interpret what New England has done since getting molly-whopped by the Buffalo Bills in the NFL playoffs?

Here are 10 positive positive spins on the Patriots’ offseason, and not just for the sake of being optimistic devil’s advocates:

1. They have a new top receiver
We’re not saying that DeVante Parker is a No. 1 wideout because he probably isn’t. But Parker, whom the Patriots got in a trade with the Miami Dolphins, is a more proven commodity than anyone else on New England’s receiver depth chart, especially if you’re talking about outside wideouts. No one else in the receiver room has come close to matching Parker’s 2019 campaign, during which he caught 72 balls for 1,202 yards and nine touchdowns. If he can stay healthy, Parker should be a very productive weapon in the Patriots’ offense.

2. They targeted a speedy receiver early in the draft
Yeah, Tyquan Thornton probably was a major reach in Round 2, and you can’t feel as good about his selection as you would have if the Patriots somehow landed Jameson Williams in the first round. But at least one report indicates the Pittsburgh Steelers were targeting him in the second round — a very good sign — and Thornton is much more than a straight-line burner. After watching Thornton’s senior-season film, it’s easy to see why the Patriots believe the Baylor product can develop into a very good NFL receiver.

3. The young linebackers finally are getting a shot
Patriots fans spent much of the offseason calling on New England to sign the Bobby Wagners and Myles Jacks of the world (this writer was on that bandwagon, too) and imploring Bill Belichick to take a new franchise linebacker in the draft. The Patriots opted against all of that and instead clearly are preparing to give increased roles to players such as Josh Uche, Cameron McGrone, Ronnie Perkins, Mack Wilson and Raekwon McMillan. If you want the Patriots to get younger and faster at linebacker, your wish is about to be granted — for better or for worse.

4. No more Cam Newton storyline
Newton dominated the Patriots news cycle the last two offseasons, beating Jarrett Stidham in a quarterback competition in 2020 and losing to Jones last summer. Along the way, people debated his outfits, his vaccine status and, of course, his on-field performance. There will be no such controversy this offseason, as New England is set at quarterback, and Newton, still without a job, might be finished in the NFL. If nothing else, we no longer have to spend any time deciphering his Instagram posts.

5. Malcolm Butler is back!
Hey, it might not go well, but it’s a cool story. After taking a year off, Butler, now 32 years old, will be given a real shot at securing a starting outside cornerback role in the Patriots’ defense. Considering what happened in Super Bowl LII, that’s pretty amazing. And Butler seems genuinely thrilled about being back in New England, where he got his first NFL opportunity and became a Super Bowl hero.

6. The Patriots still are prioritizing the offensive line
Letting the versatile Ted Karras walk in free agency and trading Shaq Mason to the Tampa Bay Buccaneers understandably made some fans nervous. Mac Jones is no Patrick Mahomes or Josh Allen, and ensuring he has a clean, safe pocket in which to work must be a top priority. New England clearly feels the same way, as it since has re-signed Trent Brown and used a first-round pick on guard/center Cole Strange. The Patriots also used two late-round picks on offensive linemen. Whether this all will add up to a good O-line in 2022 remains to be seen, but the Patriots’ track record suggests everything should be fine.

7. Sneaky, under-the-radar additions that could pay off
Specifically: Wilson, safety Jabrill Peppers and hybrid running back Ty Montgomery. Wilson has the athleticism and overall ability to start in the middle of New England’s defense if he grasps the scheme. Peppers is the kind of explosive, versatile defensive back who could be a perfect fit for the Patriots if he stays healthy. Montgomery could emerge as a primary passing-down back if James White isn’t healthy or some of the other backs (more on them in a minute) aren’t ready. All three players are the kinds of low-risk, high-reward additions that have been staples of the Belichick era.

8. The running back room is loaded
Damien Harris is one of the better lead running backs in football — though his contract situation bears watching — and Rhamondre Stevenson might be better. White might have something left to offer if his hip injury is behind him, and we already talked about Montgomery. The Patriots also used a fourth-round pick on South Dakota State product Pierre Strong Jr., who has a ton of talent and might be an immediate contributor. And we still believe in J.J. Taylor, who’s been impressive in limited opportunities. The running game once again should be among the best in the NFL.

9. Field goals shouldn’t be an issue
OK, we’re starting to reach a bit. But this Patriots team has enough to figure out this season without having to worry about things going haywire on the field-goal unit. Wisely, New England re-signed veteran Nick Folk, who was one of the game’s top kickers last season. Maybe Quinn Nordin earns the job in training camp, but if not, the Patriots have a dependable veteran option in Folk.

10. Belichick still is in charge
People take this for granted, but having Belichick still steering the ship is a huge deal. And that’s especially true this season, as the Patriots endured signficant turnover on their offensive coaching staff and can’t afford to subject Jones to additional inconsistency. It’s hard to have confidence in what New England is doing with its assistant, but Belichick is great enough to make it work. Probably. 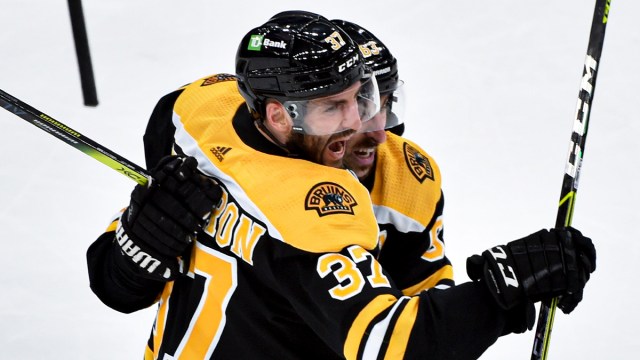 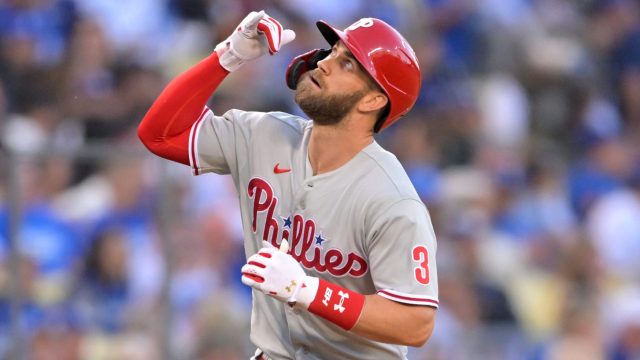