After weeks of workouts behind closed doors, the New England Patriots will hit the field Monday morning for their first of eight scheduled organized team activities.

These spring practices are closed to the general public, but a select few are open to reporters, providing the first early glimpse at the roster New England will take into the 2022 NFL season.

Ahead of OTA No. 1, let’s review the most pressing question facing each Patriots position group:

Quarterback
Can Joe Judge facilitate a Year 2 leap from Mac Jones?
That’s the single biggest question facing the Patriots this season: Can Jones improve on his promising rookie season under the direction of Judge and a new-look offensive coaching staff that boasts next to no experience coaching QBs or calling plays at the NFL level? (Judge confirmed last week he will serve as New England’s quarterbacks coach but said he doesn’t yet know who will call offensive plays.) The undercard here will be the battle between veteran Brian Hoyer and fourth-round rookie Bailey Zappe for the top backup job. Zappe’s arrival already spelled the end for Jarrett Stidham, who was traded to Josh McDaniels’ Las Vegas Raiders after the draft.

Running back
Can the rookies push for roles?
The Patriots used two Day 3 draft picks on running backs, taking South Dakota State’s Pierre Strong in Round 4 and South Carolina’s Kevin Harris in Round 6. Strong’s draft slot all but guarantees him a roster spot — he’s been viewed as a potential successor to veteran third-down back James White — but if Harris proves worthy, as well, New England will have some difficult decisions to make. Would the team consider trading lead back Damien Harris, who’s entering the final year of his rookie contract? It’s also not clear what kind of player White will be in his return from season-ending hip surgery. He only got $500,000 guaranteed to re-sign and could be a surprise roster casualty if he’s not there physically.

Tight end
Can Jonnu Smith bounce back?
Hunter Henry was a major offensive asset in his first Patriots season, catching nine touchdown passes. His free agent running mate? Not so much. After signing a four-year, $50 million contract last offseason, Smith totaled just 28 receptions and one touchdown in 16 games, with nine of those catches coming in Weeks 1 and 2. He also graded out as one of the NFL’s worst run-blocking tight ends. Smith is participating in voluntary OTAs after skipping them last spring. New England will hope that additional time on the field coupled with some potential scheme/usage changes can trigger a return to form for the talented 26-year-old.

Wide receiver
How will DeVante Parker and Tyquan Thornton fit in?
There weren’t any Davante Adams- or Tyreek Hill-level additions to this position group, but the Patriots did bring in a proven veteran with No. 1 potential (but also a lengthy injury history) in Parker and a lightning-fast second-round draft pick in Thornton. If both of those players look like instant contributors — a big “if” with Thornton, who was a polarizing selection at No. 50 overall — could New England look to move underwhelming 2021 signee Nelson Agholor?

Offensive line
Will Cole Strange be a Day 1 starter at left guard?
That’s the role the Chattanooga product is expected to fill after the Patriots surprisingly took him in the first round (29th overall). We’ll see if he’s in there from the jump, as Joe Thuney was as a third-round rookie in 2016. New England also doesn’t have much proven depth at any O-line position, so there will be plenty of reps and roster spots up for grabs here.

Defensive line
Will the same formula produce better results?
The Patriots opted to maintain the status quo along the D-line, bringing back everyone from last year’s unit and making just two low-level offseason additions: sixth-round draft pick Sam Roberts and undrafted rookie LaBryan Ray. They’ll need a more consistent season from starter Davon Godchaux, among others, if they hope to improve a run defense that surrendered 165.4 yards per game over their final seven contests, including playoffs.

Linebacker
Which young players will step up?
After watching last year’s late-season implosion, it was clear the Patriots needed to get younger and faster at linebacker. They did just that, though not in the way most expected. New England only added one external veteran (trade acquisition Mack Wilson) and surprisingly chose to ignore the position in the NFL draft while bidding adieu to Super Bowl winners Dont’a Hightower, Kyle Van Noy and Jamie Collins. Instead, the Patriots are banking on internal improvement from players who played sparingly or not at all last season — namely 2021 fifth-rounder Cameron McGrone, Raekwon McMillan, Josh Uche and Ronnie Perkins — plus re-signed starter Ja’Whaun Bentley and Wilson, an Alabama product who fell out of favor in Cleveland. Which of those players are poised for prominent roles? We’ll begin to find out this week.

Cornerback
How will the Patriots replace J.C. Jackson?
With Jackson now in Los Angeles, the Patriots are set to enter a season without a Pro Bowl-caliber cornerback on their roster for the first time in a decade, ending a streak that began with Aqib Talib’s arrival in 2012. Rather than sign a big-money replacement for Jackson, New England opted to fill that void with two veteran fliers (Terrance Mitchell and old friend Malcolm Butler, who’s returning from a one-year retirement) and two mid-round draft picks (third-rounder Marcus Jones and fourth-rounder Jack Jones). We’ll be closely watching how those newcomers fit in with 2021 starter Jalen Mills and top slot option Jonathan Jones. Shaun Wade will be a player to watch, too, after hardly seeing the field as a rookie.

Safety
What’s Jabrill Peppers’ role?
The Patriots’ safety trio of Devin McCourty, Adrian Phillips and Kyle Dugger was a strength of their defense last season, and all three are back. But New England also signed Peppers this offseason, bringing aboard another versatile safety/linebacker hybrid. The former Michigan star is a Patriot-type player, but earning reps could prove difficult in this deep and talented position group. The Patriots could look to deploy all four simultaneously in certain packages.

Special teams
Who replaces Gunner Olszewski?
The Patriots lost their top punt and kick returner from the past few seasons when Olszewski signed with Pittsburgh in free agency. Marcus Jones looks like the top candidate to fill both of those roles, but he’s recovering from double shoulder surgery and it’s unclear when he’ll be healthy enough to begin practicing. Players like Peppers, Dugger and J.J. Taylor also have return experience, and rookies Thornton and Jack Jones could factor into that mix, as well. We’ll also see roster battles at kicker and punter — Quinn Nordin and UDFA Jake Julien are looking to unseat veterans Nick Folk and Jake Bailey, respectively — and the Patriots must replace a number of core special teamers, including Brandon Bolden and Brandon King. 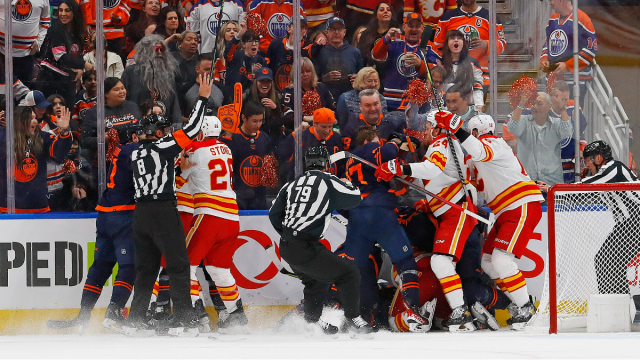 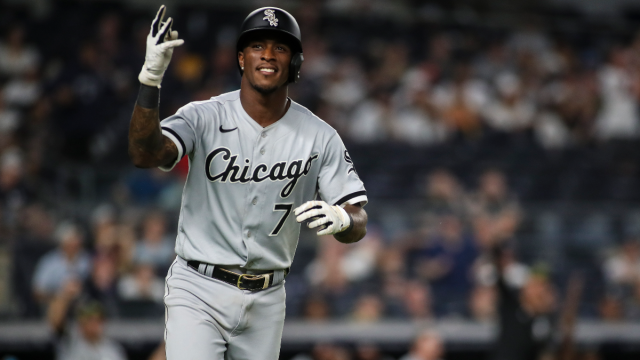