You’ve heard a lot of terrible things about the Patriots offense this summer, and just about all of them are true. Believe us when we say it was that bad during training camp practices in New England and beyond.

But it wasn’t all bad for Mac Jones and company — just mostly bad. In fact, if you squint hard enough, you can find reasons to be positive about the Patriots offense.

With that in mind, here are six sources of (relative) optimism, in no particular order:

Mac Jones is good
Some believe this point is up for debate, but it’s really not. Jones had one of the most productive rookie seasons for a quarterback in NFL history and displayed all the qualities you want to see in a future franchise leader. And the stories about him taking his leadership to another level this offseason all were justified; Jones no longer walks, talks or acts like a rookie — though he never really did. Yes, Jones regressed this summer, but you explain all of that away by pointing out the coaching upheaval, horrendous offensive line play and the installation of a new scheme. When the protection held and the Patriots were able to air it out, Jones looked just fine during practices and even showed the improvements you’d hope to see in Year 2. He remains a very capable starting quarterback despite obvious things he needs to work on, like pocket awareness.

Nelson Agholor looks way more comfortable
Agholor deserves a ton of credit. He had a rough first season in New England and still is facing persistent trade rumors, but he was a total pro this summer and was the second-best receiver in training camp behind Jakobi Meyers. And Jones clearly is a huge Agholor fan, as evidenced by these remarks: “I don’t know that I’ve seen a receiver who understands football as well as he does in terms of just general knowledge; he’s almost like a quarterback out there.” Will Agholor replicate the success of his 2020 campaign with the Las Vegas Raiders (896 receiving yards)? Well, that likely will depend on how functional New England’s passing game is, but don’t rule it out. (Note: We’d feel much better about the offense as a whole if Kendrick Bourne didn’t have a camp that was the polar opposite of Agholor’s.)

The tight ends (and DeVante Parker) still are healthy
Hunter Henry enjoyed his first full season in 2021 and, despite a minor injury, emerged from training camp unscathed. If Henry’s healthy, we know what he is: an above-average tight end who’s New England’s most legitimate red-zone threat. And then there’s Jonnu Smith, whose injury issues (and OTAs absence) last summer surely factored into his slow start in a Patriots uniform. He was a full participant and much better this time around. Finally, the notoriously injury-prone Parker didn’t miss a single practice and demonstrated strong chemistry with Jones, even if he still has issues separating from defensive backs. If all three of those players stay healthy, red-zone success rate shouldn’t be an issue for the Patriots offense.

A great running back tandem
Damien Harris and Rhamondre Stevenson might be the most underrated running back duo in the NFL. Bleacher Report didn’t even rank the tandem as one of the league’s seven best, which is just absurd. We get it this year, as New England’s offensive line has been an abject disaster, but the run blocking wasn’t an issue in 2021. It probably has something to do with Patriots running backs being historically unpredictable from a fantasy football perspective. Either way, Harris is a true top-tier running back and you could make a case for Stevenson already being better. The entire conversation surrounding the Patriots would change if the running game gets things going, as Harris and Stevenson are more than capable of being Mark Ingram-Alvin Kamara 2.0.

Interior offensive line
Bill Belichick and Matt Groh want you to believe the Patriots are A-okay at the tackle spots. Respectfully, we disagree. However, the interior offensive line has the potential to be elite, provided the coaching is good enough (no guarantees there). Say what you want about where Cole Strange was drafted, but he has the talent to be one of the NFL’s best guards and/or centers. He was a bit of a rollercoaster and at times looked undersized this summer, but Strange finished strong and his ability is undeniable. At the right guard spot, Mike Onwenu might be playing out of position but he’s an absolute beast and has a bright future in the NFL. The Patriots must find a way to put him in the best position to succeed, as Onwenu is a legitimate Pro Bowl talent. Lastly, David Andrews remains one of the NFL’s best centers and just missed inclusion on the league’s top 100 players list. Honestly, we could find good things to say about the tackles, too. The biggest problem with the O-line is the coaching the group is receiving, and Dante Scarnecchia isn’t walking through that door.

Tyquan Thornton might be legit
Thornton, who suffered a fractured clavicle during Week 2 of the preseason, was placed on short-term injured reserve Wednesday and will miss at least the first four games. That’s a bummer because the polarizing second-round pick was one of the top bright spots in camp before going down with an injury. Thornton’s speed was as advertised and he had much more in his repertoire than go-routes. Plus, he drew rave reviews for his work ethic and for how quickly he learned New England’s offensive playbook. Receivers coach Troy Brown can downplay Thornton all he wants, but what the rookie did during his first training camp was no mirage. We’ll see whether Thornton can pick up where he left off upon returning, as his injury isn’t expected to be season-ending. 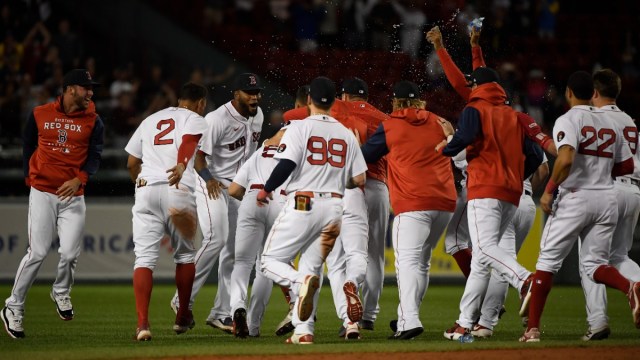 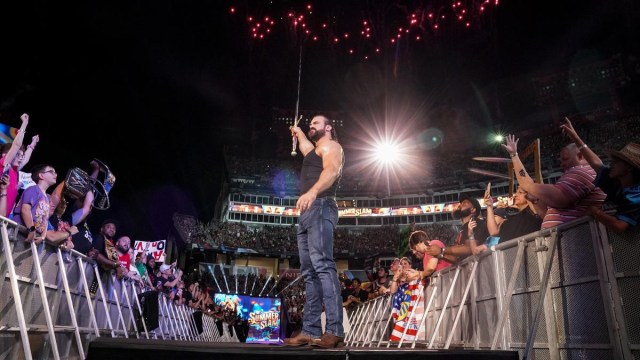